Dowloaded Character Creation from Phantasy Star Online 2 (PSO2)  (not released yet) and installed via Wine version 1.5.1 from Fedora repository. The test was done on Phenom II X4 940 CPU powered with Nvidia Geforce GTX 460 v2 which replaced the aging Nvidia Geforce 8600 GTS (if a Nouveau driver driver is interested to get that videocard, please contact me. The side effect was a much smoother navigation on Gnome Shell.

With nouveau driver, PSO2 Character Creation is only rendered with a plain blue-grey sphere meaning the free and open source driver still has a way to go.

For the first time in 2012, I installed the nvidia driver from RPM Fusion repository with its quirk. Hopefully, RPM Fusion team will find a way to automatically switch from nouveau to nvidia. Firing PSO character creation through Wine provides this result: 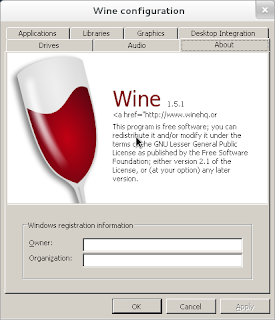 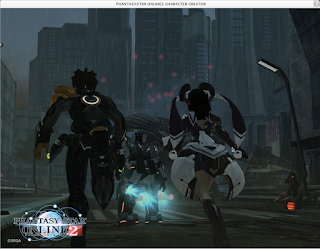 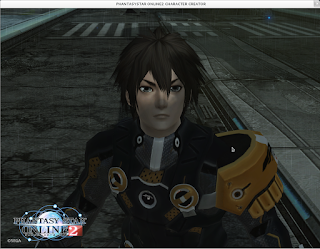 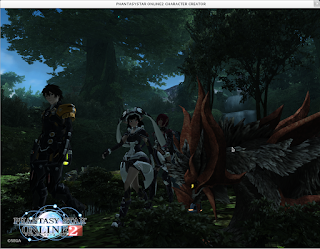 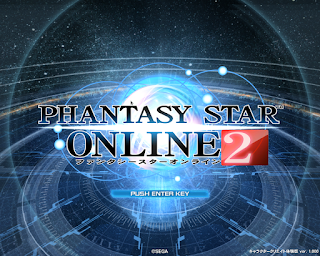 Test was done in window mode at 1280x960. Wine is very impressive with its support to a recent Windows base games which could bring attention to game publisher themselves. Only downside is the sound that cannot be heard.
With some optimization, Linux based operating system could bring attention to gamers. PSO2 can be optimized to run on OpenGL 2.x (there will be Playstation Vita version and also both IOS and Android) and above because it only needs DirectX 9 as minimal requirement. It looks like Linux gaming future is brighter than ever.

Popular posts from this blog

Detailing the installation of AMD OpenCL rpm for Fedora

November 19, 2018
Revisiting the previous blog and freshly reinstalling Fedora Design Suite due to a busted boot, I look at the official guideline from AMD Driver for Red Hat Enterprise Linux 7.2 and write a way to improve the process of installing on Fedora 29 in this example. Extracting the tarball contains the following: amdgpu-install amdgpu-pro-install symlink to amdgpu doc folder repodata folder RPMS folder containing rpm package Executing the command ./amdgpu-install -opencl=pal --headless sadly failed on Fedora on that line: ./amdgpu-install -y --opencl=pal --headless Last metadata expiration check: 0:30:51 ago on Mon 19 Nov 2018 07:13:43 PM PST. No match for argument: amdgpu Upon closer look, the script failed to created a temporary repository on /var/opt/amdgpu-pro-local probably explaining why amdgpu metapackage name failed to display. Someone should investigate and provide a fix. At least, we find out Fedora support is available but unofficial. Due to its design, Gnome
Post a Comment
Read more

November 18, 2006
Busy weekend. I just took a break for making a presentation of Fedora Core 6 and Fedora Project for Vancouver Linux Users Group which will debut on November 20, 2006. A local computer store was kind enough to give me a laptop for the demonstration of Fedora Core 6 (Zod) live spin and Sugar interface from OLPC Project. Should you be interested to view that event and live near Vancouver, here is the address .
17 comments
Read more

November 13, 2018
The Raven Ridge APU is very capable processor to handle OpenCL inside some applications like Blender, Darktable and Gimp. Unfortunately, the current implementation from Mesa, clover, stuck to 1.3, is not supported. AMD released their driver 18.40 with OpenCL2.0+ targeting only Red Hat Enterprise Linux/Cent OS 6.10 and 7.5 in addition of Ubuntu LTS. The good new is the former rpm format can be used on Fedora. The graphical part of Raven Ridge is Vega 8, basically a cut-down of Vega56 or Vega64 meaning choosing either driver for RX Vega . The instruction is provided for extracting the rpm files but here is  some requirements for OpenCL: kernel-devel (provided by Fedora repository) amdgpu-dkms dkms libopencl-amdgpu-pro opencl-amdgpu-pro-icd Once done, applications needing OpenCL will automatically detect the driver located on /opt/amdgpu/lib64 . Blender will list as unknown AMD GPU and Darktable will enable it. OpenCL from official AMD driver enabled on Darktable Ra
Post a Comment
Read more